The friendly and liberal atmosphere as well as the fun and interesting activities make Finland a great destination for the LGBT community. Finland is filled with events that are welcoming for LGBTQ people. After midsummer  we have the biggest Pride event in Finland the Helsinki Pride. You will find below the Pride Map of Finland with all the Prides in Finland listed. This page contains both LGBTQ specific and LGBTQ welcoming events. 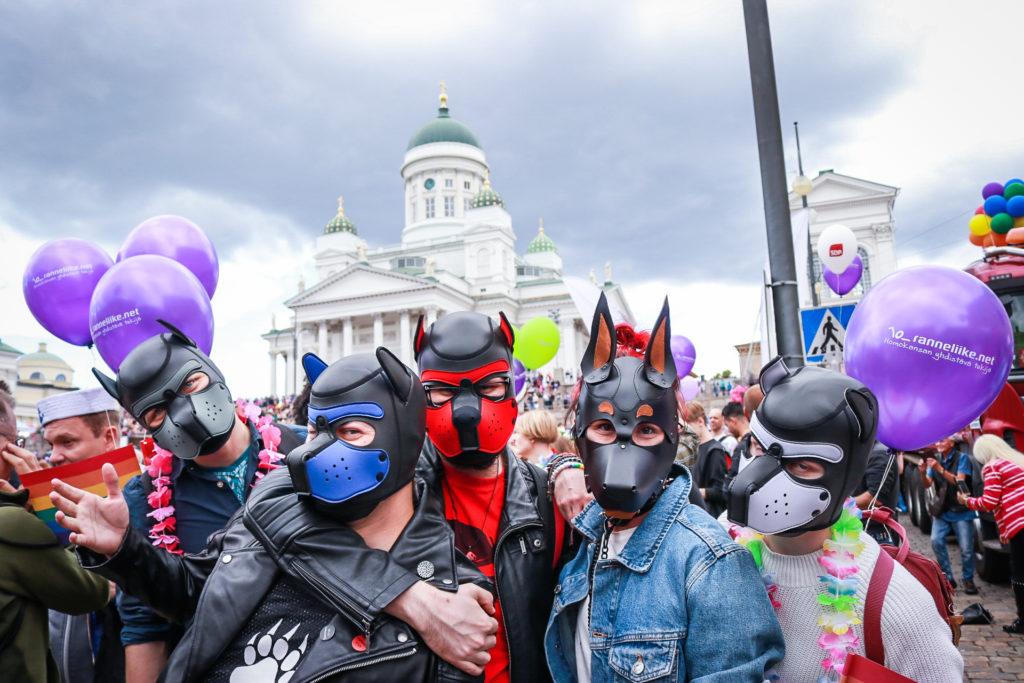 Helsinki Pride fills the city of Helsinki with all the colours of the rainbow in the end of June. The weeklong festival has something for everyone – children, youngsters, families and adults: dancing, theatre, debates, literature and good food. 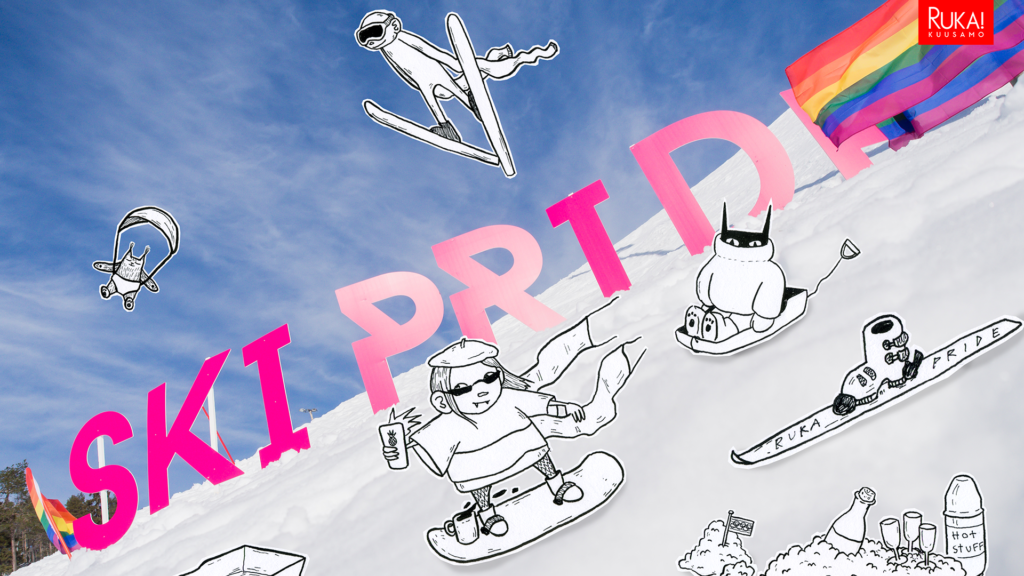 Ruka Ski Pride brings the celebration of equality to the arctic hill wonderland on the first weekend of April. You can join the Ski Pride Parade under the vivid spring sun, play at the Winter Olympic Games, enjoy after ski entertainment at the top of the hill and party till dawn at the Pride Lodge! 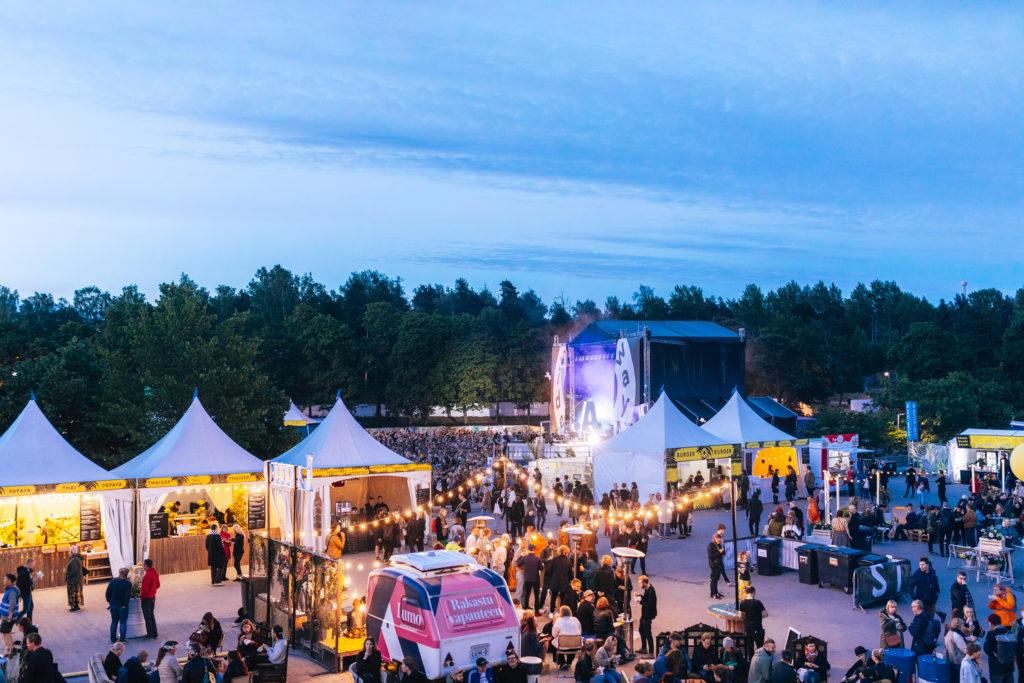 Sideways festival is taking into account the diversity aspect both when it comes to the audience as well as performing artists. Sideways is featuring a line-up of the best national and international indie acts, paralleled by an elaborate range of exciting, mind-blowing and fun sideshows. Sideways Festival is a true haven of creativity and an absolute must-do for the music aficionado who loves to indulge in diverse food offerings, quality drinks and experiences that are not found everywhere else.

Bears on Board / Helsinki 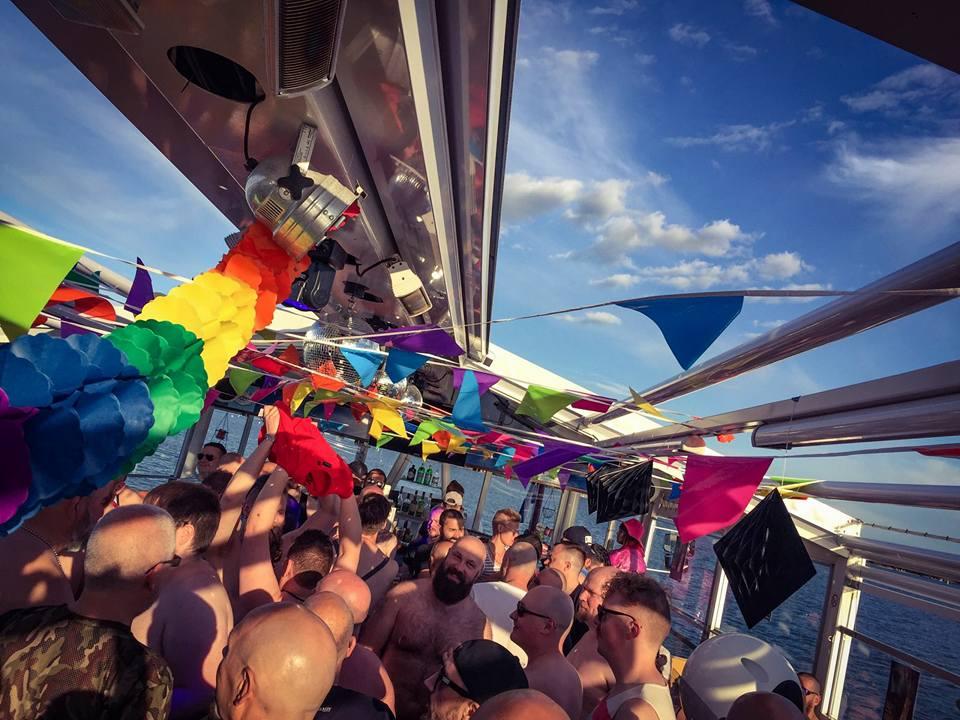 Bears On Board cruise, the original baltic get-together for all men around the world leaves from the market square on July 21st at 5pm. The m/s Emma ship is packed with rugged masculin gay men and a drag queen. Emma is a good place to socialize with other bear men from Finland and around the world. The music, dancing and having fun plays a vital role on the bear cruise. The scenery is also amazing since the ship is cruising in the Helsinki Archipelago for 5 hours.

Gay Bears are one of many LGBTQ communities with events, codes, and a culture-specific identity. In Helsinki the bear gays are an active group with parties and clubs. 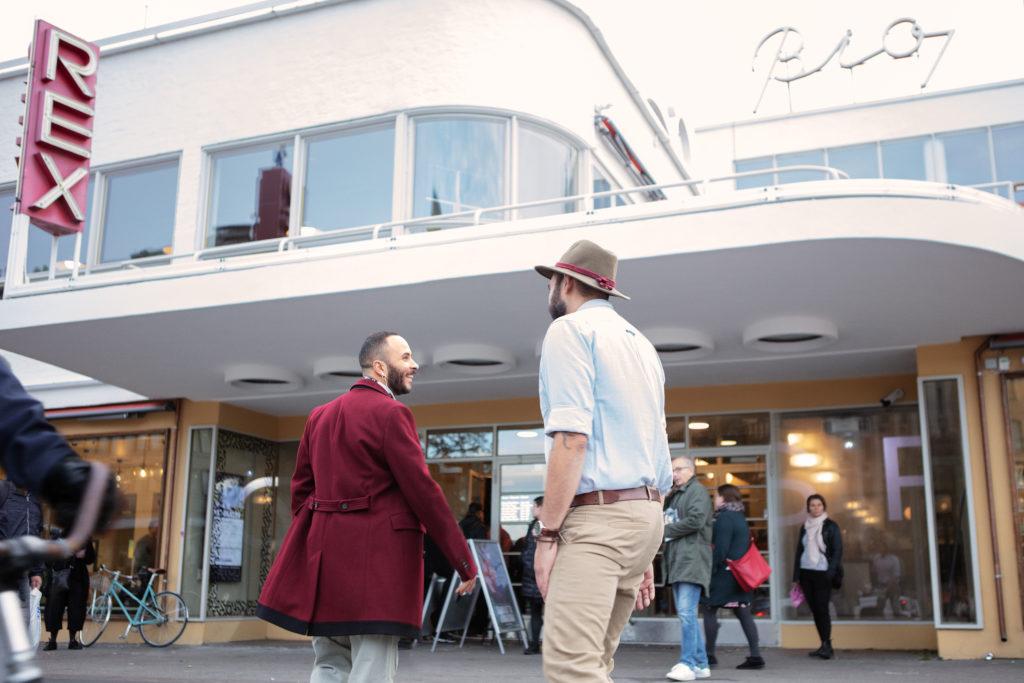 Founded in 1988, the Helsinki International Film Festival – Love & Anarchy has been held annually ever since. The aim of Finland’s biggest film festival is to promote the artistry of filmmaking alongside inventive, controversial and visually stunning new films. The festival also seeks to screen films that would otherwise not be seen in Finnish theatres. LGBTQ+ themes have been represented at the Helsinki International Film Festival – Love & Anarchy since the beginning. “Every year we strive for a diverse programme with queer themes at the forefront in both film selection and events. The values of the association highlight diversity, inclusivity and social justice.“

Come and enjoy a fetish weekend in the Land of Tom of Finland. Meet and play with other fetish guys. Every August an amazing Finlandization fetish weekend in Helsinki takes place and is brought to you by Toms Club and MSC Finland. Bringing together all the “brothers of fetish” events will include parties for Leather, Rubber, Fetish, Sport, Puppy, Military and more.

Over 3 days in August, Helsinki will bring together the hottest Mr Leather contestants from around the world! Events include themed fetish parties, tourist trips around the beautiful city of Helsinki, fetish brunches, meet and greet parties and more.

All parties have stict dress codes so pack your gear!

MSC Finland – Tom’s Club is a fetish club for leather, rubber and biker guys. Club nights with dresscode are held once a month. MSC is a member of ECMC (European Confederation of Motorcycle Clubs).

Vinokino is the one Finnish film festival that only screens gender and sexual minority films. Vinokino is a festival for all movie lovers. The Festival is organized by the local SETA organisation in Turku. The Festival takes place both in Turku (18.-20.10.2019) and Helsinki (22.-24.11.2019).The program for the 2018 festival will be released later.

Lettukestit is a regular LGBTQ+ -party for women, women-minded and friends of the female gender. The location of the party changes from time to time, and there’s music performances and different kinds of other program. The facebook-page is only available in finnish, but the events always have information in english aswell.

We use cookies to ensure that we give you the best experience on our website. If you continue to use this site we will assume that you are happy with it.Ok